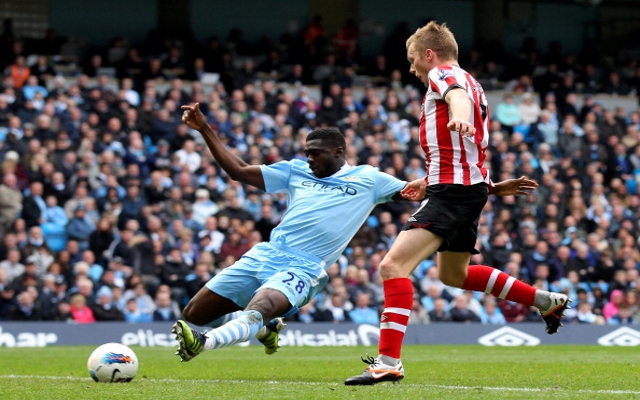 Manchester City defender Kolo Toure has emerged as a shock target for Italian giants AC Milan, according to The Express.

The 32-year-old is out of contract at the Etihad next month and he has already stated that he will leave the club after making only 16 appearances this season and try to reignite his career elsewhere with Monaco and Galatasaray both expressing an interest in taking him on board.

However, it is AC Milan who are now reported to be favourites to secure his services as they look to reshuffle the pack and mount a fresh challenge next season for domestic and European honours.

Reports coming from Italy suggest that Toure would appeal to the club as he would be available on a free transfer and therefore wouldn’t require any additional fees.

Concerns do exist, though, over the player’s age. If he were to join he’d be another player well into his 30’s on their books. Now there is no doubt that he could prove a fruitful addition to the club, there is a feeling that Milan need to invest in more younger talent if they are to sustain a meaningful challenge across several platforms for an entire season.