A look at ten of Ferguson’s most important transfer deals in his time at Old Trafford. 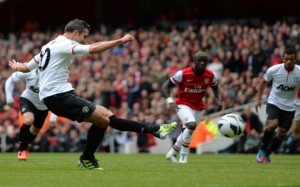 His last major signing, Ferguson broke the resolve of rivals Arsenal to sign super star Robin van Persie for around £24million. Some doubts were raised over his fitness and consistency, but the Dutch striker proved decisive in reclaiming the Premier League title for Manchester United in Ferguson’s final season in charge.