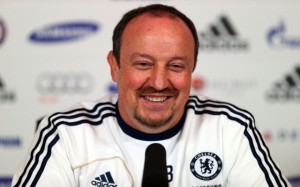 Despite coming in in the middle of the season to much hostility, former Liverpool and Valencia boss Rafael Benitez has done well to guide Chelsea to the Europa League final and keep them in with a chance of third place in the Premier League. The under-rated Spaniard has generally brought success wherever he has gone and is also a target for PSG.