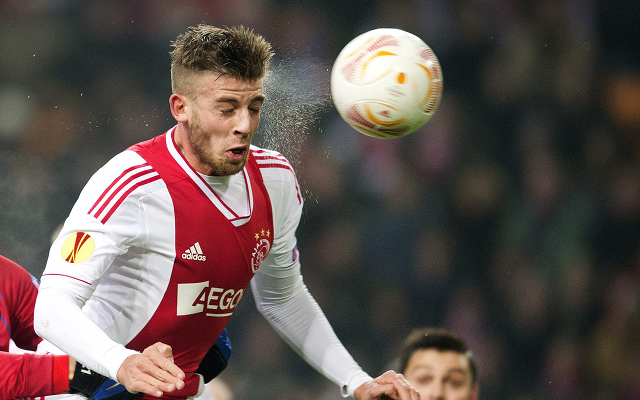 Check in to Groningen vs Ajax

Highly rated Ajax defender Toby Alderweireld has reportedly snubbed a move to the Premier League to agree a deal to join Italian side AS Roma next season, according to The Metro.

The 24-year-old had been on the radars of Liverpool and Spurs ahead of this summer’s transfer window and it had largely been thought that he would be on his way to these shores.

He had hinted at a preference towards playing in England and many thought that he would join his former teammate Jan Vertonghen in North London, but news broke yesterday that he would be heading to the Italian capital this summer.

Reports coming from Italy have suggested that Roma had been targeting the player for some time and decided to jump the queue and secure his signature ahead of the transfer window opening to avoid a potential bidding war.

They were successful in their negotiations and have landed one of the most exciting defenders in Europe.

Alderweireld is a graduate from the famous Ajax youth academy and broke into the first team in 2008. He has since gone on to make nearly 200 appearances for the Amsterdam club and has played a key role in their recent dominance of the Eredivise.

Also an established Belgian international, he is expected to make the plane for the lowland country’s World Cup campaign next year if and when they qualify.