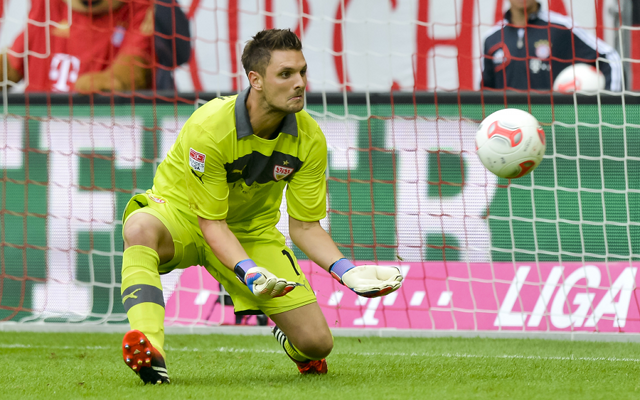 Stuttgart goalkeeper Sven Ulreich has emerged as the latest custodial target for Arsenal as they continue to seek a replacement for Wojciech Szczesny, talkSPORT reports.

Szczesny began the season as Arsenal’s number one but Wenger appears to have lost faith in the Polish international as he sat out part of the season behind fellow Pole Lukazs Fabianski. He has begun to win his place back recently, having started the club’s previous four games, but Wenger is still keen on bringing in a more capable replacement for Szczesny to learn from.

They have been linked with a number of names such as Victor Valdes, Michel Vorm and Rene Adler, but the latest name, Sven Ulreich, has emerged as somewhat of a shock target.

The 24-year-old first broke into the Stuttgart squad in 2008, but didn’t become the club’s first choice stopper until the beginning of the 2010-11 season.

He has made over 100 appearances for the club, with 49 of them coming this season across three competitions. He has several German under-21 caps but has yet to be called up to the full squad, German football having an excess of talented goalkeepers at the moment, but he is highly regarded in his homeland nonetheless.

Contracted until 2017, he is valued at just under £6 million, but a larger fee is thought to be required should the Gunners hope to lure him away.