Arsenal have reportedly made a move to capture Atletico Madrid playmaker Arda Turan according to Turkish sources with the North London side reportedly ready to trigger the Turkish international’s release clause.

Arsene Wenger will need to fork out €24m (£20m) to meet the Vicente Calderon side’s valuation and would then have to battle the likes of Chelsea and Liverpool who are both also said to be keen on the pint-sized midfielder.

The versatile performer can play in a number of positions across the midfielder, is comfortable on the ball and able to make something out of nothing and is something of a national hero in Turkey. 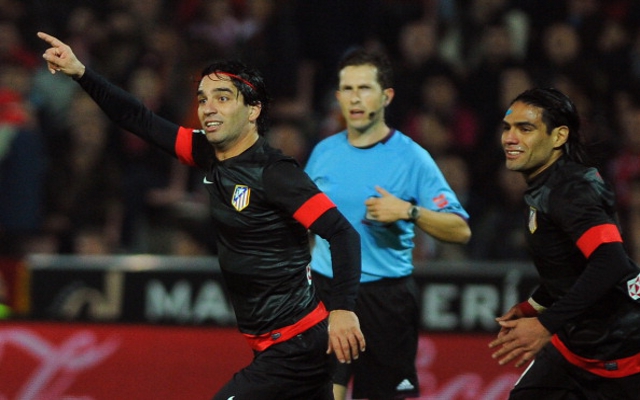 Turan has made 66 starts for Atletico Madrid since his £10m move to the club in August 2011, during which time he has netted nine goals and provided 14 assists.

Prior to his move to Spain Turan spent six seasons in the Galatasaray first team set-up.

Wenger certainly likes adaptable players who can fill a number of roles but it would perhaps be a surprise if the Arsenal boss was willing to break the club’s transfer record to land the Atletico Madrid man this summer, arguably there are areas of his squad that are in more dire need of attention.

The Gunners boss will reportedly be handed a sizable transfer budget to help improve a squad that has once again failed to secure major honours and is in an all mighty fight just to secure a Champions League berth this term.