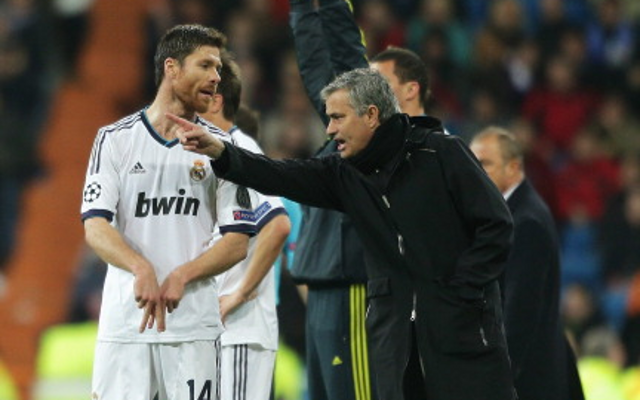 Xabi Alonso has said he will stay at Real Madrid.

Chelsea target Xabi Alonso appears to have ruled out an exit from Real Madrid this summer, according to the Independent.

The Spaniard says he plans to stay with the club beyond this season, despite interest from Stamford Bridge and former club Liverpool.

The 31-year-old reportedly told Spanish media outlet Marca: “Of course I’m going to be here next season” after his side’s incredible 6-2 win over Malaga in La Liga last night.

The talented midfield playmaker is supposedly a target for Madrid boss Jose Mourinho, who is expected to leave for a return to his old club Chelsea at the end of the season.

Although it is not yet confirmed whether Mourinho will indeed take over as Blues boss again, the press have linked the Portuguese coach with a number of players that he has identified as targets for Chelsea, such as Robert Lewandowski of Borussia Dortmund, as well as another Real Madrid player Cristiano Ronaldo.

However, despite uncertain times ahead for Real, Alonso seems set on staying with the Spanish giants, even though it is not clear who their manager will be when Mourinho leaves.