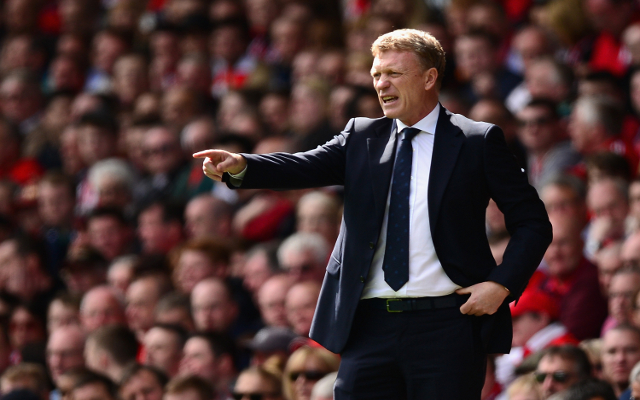 Everton chairman Bill Kenwright paid a glowing tribute to departing manager David Moyes, who has been announced as the successor to Sir Alex Ferguson at Manchester United.

Speaking to Sky Sports News, Kenwright thanked Moyes for his eleven years of service to the club, and believes United have made the right decision in their appointment of Moyes to replace the legendary Ferguson.

The chairman, who brought Moyes to the club from Preston in 2002, also said the club will do their best to find a suitable replacement for the 50-year-old Scot.

“We’ve had a really good 11-year adventure with David and it’s my job, and the club’s job, to get a worthy successor and build on what David has definitely brought to the football club and hopefully move on from there.”

Everton will be hoping to end the season strongly in their final two games, and Kenwright believes the fans will hold no ill feelings towards Moyes for his decision.

The likes of Mark Hughes and Roberto Martinez have been linked as candidates to replace Moyes as manager. However, when asked whether he has any replacements currently in mind, Kenwright would not reveal who they were.

He added: “He has been a significant manager for 11 years and I know, I’m pretty convinced, that Evertonians will only look upon David Moyes with gratitude and admiration. We will be with him for the next two games and then we really will be out there finding the right man for this football club.

Jose Mourinho had also been in the frame for the United job, but it was confirmed earlier today that Moyes would step into one of the most high pressure jobs in football. He will inherit a strong team of players that won the Premier League title this season, but many fans are concerned that he was not the right choice to replace one of the game’s most successful managers of all time.

However, Ferguson himself believes Moyes is the right man to continue his work at Old Trafford.

“When we discussed the candidates that we felt had the right attributes we unanimously agreed on David Moyes.  David is a man of great integrity with a strong work ethic. I’ve admired his work for a long time.

“There is no question he has all the qualities we expect of a manager at this Club.”