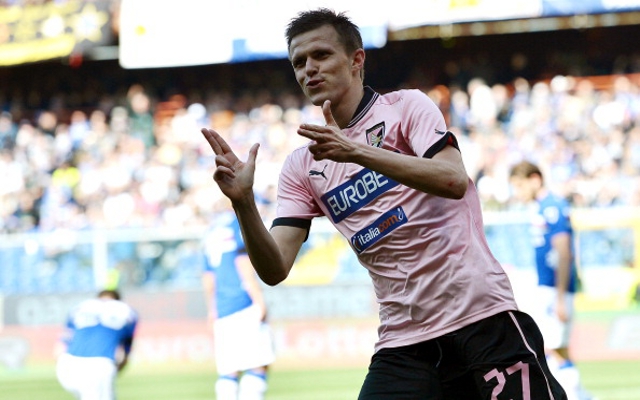 Arsenal could miss out on Palermo midfielder.

Arsenal may be beaten to the signature of Palermo midfielder Josip Ilicic by Napoli, according to talkSPORT.

The Slovenian has had a strong season in Serie A this year, playing in a variety of attacking positions, either out wide or in the centre of midfield or even upfront, scoring 10 goals and providing 2 assists.

Palmero’s Serie A rivals Napoli are also keen on the 25-year-old, meaning Arsenal may have to look elsewhere to bolster their midfield options for next season.

Palermo director Giorgio Perinetti admits the player’s inconsistency means he would be willing to listen to offers for him.

“Ilicic is a great player, but he can be inconsistent,” he told Radio Kiss Kiss.

“Napoli? There is a good rapport between the clubs, but I can say for the moment there are no negotiations taking place for Ilicic.

“If they did decide to make an offer, it would be a pleasure for us to deal with them.”

Arsenal have been linked with other attacking midfielders such as Alexis Sanchez and Julian Draxler, as they look to build a squad capable of winning silverware next season, after a disappointing eight year drought.

Napoli, on the other hand, will be glad to land Ilicic as they face the prospect of losing star player Edinson Cavani to Manchester City or Real Madrid at the end of the season.