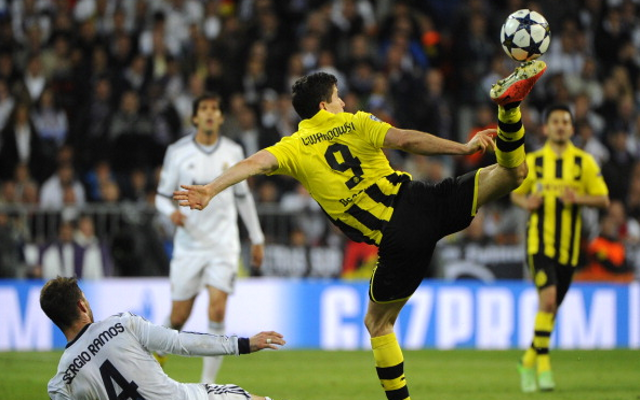 The Borussia Dortmund striker was targeted by Sir Alex Ferguson last summer, and the new United boss is also keen to strengthen his striking options with the Polish hit man.

The 24-year-old is the leading scorer in the Bundesliga this season and has also been linked with Chelsea, but it seems he will turn down offers from England to move to Dortmund’s rivals Bayern, according to the Daily Mail.

Dortmund have already lost one star player, Mario Goetze, to Bayern, who will be managed by former Barcelona boss Pep Guardiola next season, and are disappointed to see another of their favourites make the same move.

This will be a blow to United as well, who face the very real prospect of losing two players upfront this summer, with Wayne Rooney and Javier Hernandez both widely tipped to be leaving Old Trafford due to being unsettled at the club.

Both Rooney and Hernandez have been in and out of the first team this season and are said to be considering new challenges. The England striker has submitted a transfer request and is wanted by a whole host of clubs, including Chelsea, PSG and Barcelona.

Hernandez has been linked with the likes of Juventus and Real Madrid, and could be used as part of a swap deal to bring former United star Cristiano Ronaldo back to the club.