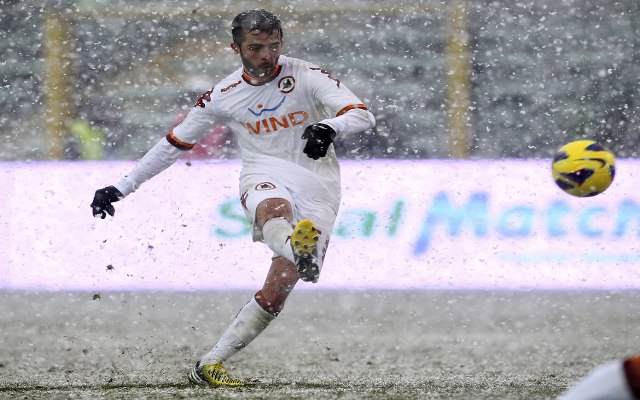 Check in to AC Milan vs AS Roma

AS Roma attacker Miralem Pjanic is being targeted by a trio of top Premier League sides this summer, according to The Sun.

Manchester City, Spurs and Arsenal are all said to be interested in the 23-year-old and could spark a bidding war to lure him away from the Italian capital over the coming months.

The Bosnian international is regarded as one of Europe’s hottest talents and has seen his valuation double since playing for the Serie A giants. He joined Roma for a fee of around £11 million from French side Lyon in the summer of 2011, but he is expected to command a fee of up to £20 million.

With all three sides looking to make big changes to their squads over the course of the next few months, the playmaker would be a viable option to add more impetus to the attack.

He burst onto the scene as a teenager for Metz in 2007 and his form was quickly noticed by Lyon who were keen to pick up the best young talent in Ligue 1 so as to continue their dominance of the division and he was expected to be a long term replacement for the ageing Juninho.

He began this season from the bench and although he hasn’t demanded a move away, it’s thought that he would consider a transfer should the right offer come along.