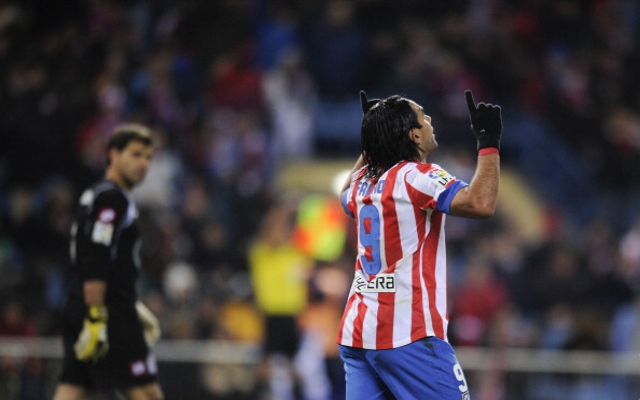 Ligue 2 side said to have sealed deal to sign Colombian.

Ligue 2 side Monaco have reportedly won the race to sign Atletico Madrid goal machine Radamel Falcao according to Spanish source La Sexta and reported on Eurosport.

The 27 year old has been linked with interest from a number of Europe’s ‘Elite’ and therefore a move to principality side Monaco would be something of a major shock.

Claudio Ranieri’s are closing in on promotion back to the top flight and can clearly offer the Colombian an immense deal, with a £8.5m a year deal on the table, but it would still be something of a shock if the former FC Porto man were to indeed join Monaco.

Monaco’s Russian owners may well have taken the lead in such extravagance from Ligue 1 big spenders PSG and there is no denying that such a signing would be a major statement of intent from a side that last won the domestic title in 2000 but did fight their way through to the 2004 Champions League final.

Falcao has been a huge success since his move to Spain, scoring 69 goals in 87 fixtures for Atletico Madrid.

Monaco are said to be the only side to have made contact with the Vicente Calderon side and been willing to meet the player’s €60m (£50m) release clause.