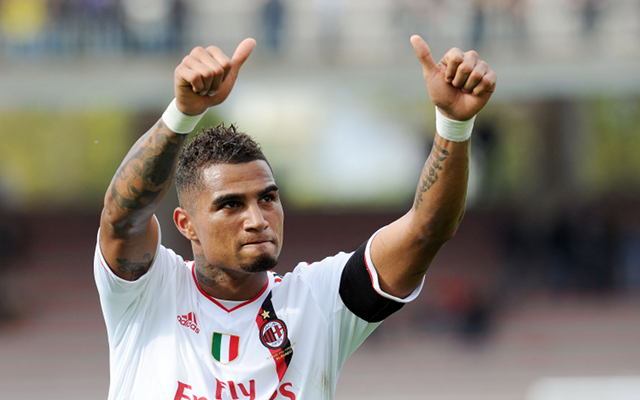 Milan midfielder could be heading back to North London.

Tottenham Hotspur have now jumped ahead of Manchester City in the race to sign AC Milan midfielder Kevin Prince-Boateng, according to talkSPORT.

The 26-year-old spent two unhappy years at White Hart Lane between 2007-09 but found success at Portsmouth where he picked up an FA Cup winners medal before joining Milan in 2010.

City have reportedly been keen to bring him back to England this summer after sources in Italy suggested that the Milan giants will be willing to part company with the Ghanaian international at the end of the season, despite his good form since moving to Serie A.

But it is now Spurs who are favourites to land their former charge but they will have to fork out a fee in the region of £12.5 million if they hope to put him in a white shirt again.

Boateng has just one year remaining on his current deal at the San Siro and Milan have decided to try and cash in on him now instead of attempting to tie him down with a new deal.

The player has links to both clubs, though. Having turned out for Spurs himself, his brother, Jerome, spent the 2010-11 season with City before departing for Bayern Munich.