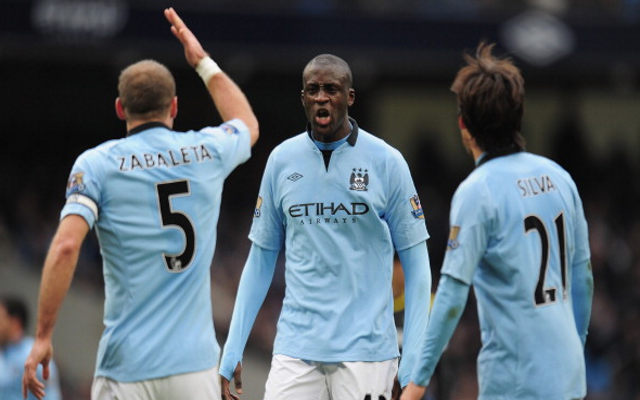 City midfielder believes they can win the title again.

Manchester City midfielder Yaya Toure believes that Manchester City can win the title, and keep hold of it, now that Sir Alex Ferguson has retired as Manchester United manager, according to the Daily Star.

Speaking ahead of his club’s FA Cup final against Wigan this weekend, the Ivorian international sees Fergie’s impending retirement as a representation of a power shift in English football and believes that his club will be the one’s to benefit the most.

City failed to defend their title this term and the club are set to spend heavily this summer in a bid to mount a serious challenge next season.

“United is a great club and Ferguson is a big character at the club,” he said.

“He has built everything at United and so the balance, I hope, will go to the City side now. But his exit won’t make it any easier for us. There will be a lot of rivalries between Chelsea, Arsenal, United, Liverpool and Tottenham.”

“The Premier League is going to be very, very tough.”

Toure is hoping to replicate the events of two years ago where he saw his goal as the difference in the victory over Stoke and he believes that their victory would overshadow the news of Fergie’s retirement as the hot topic on everybody’s lips in the city.