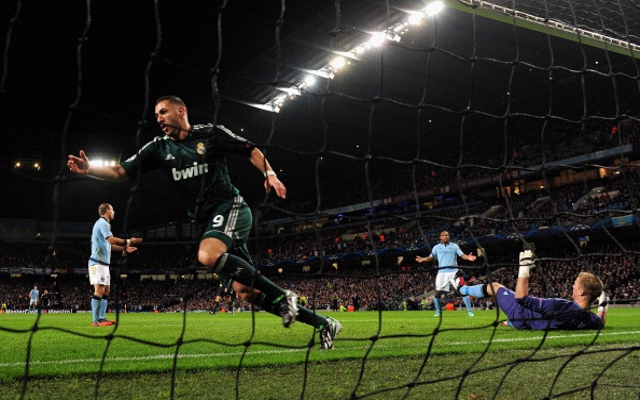 Moyes to move for French forward.

Manchester United may have accepted defeat in missing out on Real Madrid’s Cristiano Ronaldo and will turn their attention to Karim Benzema, according to the Sun.

The striker has been one of the deadliest finishers in the game for a number of years, and was a target for United during his time as a youngster at Lyon, though he has fallen out of favour at the Bernebeu this season.

Still only 25, Benzema would be a good addition to the squad at United, especially as they prepare for the summer departure of Wayne Rooney and possibly Javier Hernandez.

Both United front men have been unsettled at the club due to a lack of first team opportunities this year and are being eyed up by a number of teams, while the Red Devils seem to already be making plans for life without them, having also been linked to the likes of Radamel Falcao of Atletico Madrid and Robert Lewandowski of Borussia Dortmund.

However, with neither of these available, and a return for former hero Ronaldo looking unlikely, new United manager David Moyes has identified Benzema as a target, and the Spanish giants could be willing to sell the Frenchman in a summer clear-out at the end of the season.