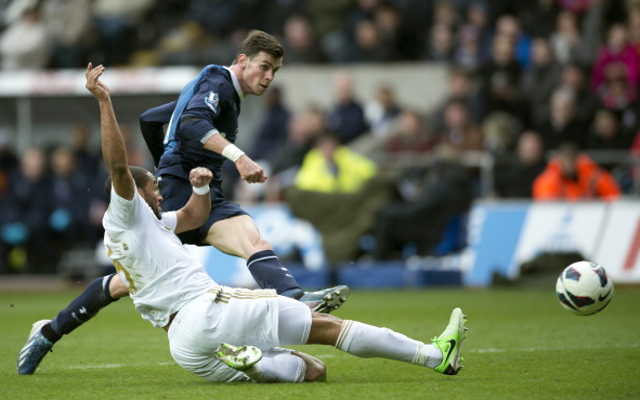 Tottenham manager Andre Villas-Boas hopes that Gareth Bale will put an end to speculation over his future and sign a new contract with the club, according to talkSPORT.

The Welsh winger has been in sensational form for Spurs this season, scoring 25 goals which have lifted the club towards the Champions League places and earned him two player of the year awards.

Real Madrid have shown a strong interest in bringing the 23-year-old to the Bernebeu, and are believed to be willing to make him the second most expensive player of all time by offering Spurs £65million for his services.

A number of key players have been put up for sale by Real to help fund the move, and Manchester United have also been linked with the former Southampton man.

Bale himself has said he is committed to the club, and Villas-Boas wants him to put his money where his mouth is and sign a new contract with them.

“It would be good for him [if he signs a new contract],” he said. “It will put the speculation to bed. It would be a reward for what he has achieved this season.”

There were rumours that Spurs could offer Bale over £100,000 a week to stay at White Hart Lane, though there are bound to be more big-money offers from elsewhere as the summer progresses.