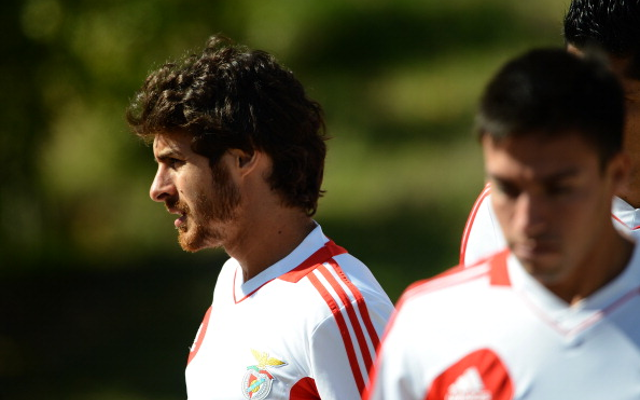 Benfica midfielder believes his side have the upper hand over Chelsea.

Benfica midfielder Pablo Aimar has told the Daily Mirror that he believes his side will be coming up against the weakest Chelsea team in the Roman Abramovich era.

The two sides are set to meet in this season’s Europa League final, and the 33-year-old Argentine has stoked the fires ahead of their big clash, claiming the Chelsea team is not as strong as a year ago and that the players do not like interim manager Rafael Benitez.

Chelsea find themselves in the Europa League after failing at the first hurdle to retain their Champions League crown, surprisingly exiting the competition at the group stages, which led to the sacking of Roberto Di Matteo.

Benitez has since taken over on a temporary basis at Stamford Bridge, but results have remained inconsistent and the Europa League is their only chance of a trophy this season.

They will come up against a strong Benfica side, who they also beat on their way to the Champions League final last season, but Aimar is confident his side can win the game this year.

“Of course, Chelsea are a big club, but this is not the same team that won the Champions League a year ago,” he said. “This team got knocked out at the group stages. They have not been ­convincing in ­Europe or in the Premier League.

“Since they have inherited a wealthy owner, this is probably the weakest Chelsea team there has been.

“And it is a team that is not behind the coach. We can take advantage of the fact they are not at their best and not playing as a team.

“Chelsea lost two great players in ­Didier Drogba and Michael Essien. Then players who have been so ­important like John Terry and Frank Lampard are not even getting games.

“It is amazing how much a team can change in 12 months, but that is ­football.”

Roman Abramovich is likely to ring the changes at Chelsea over the summer to improve their fortunes next season, with former boss Jose Mourinho rumoured to be returning to the club.