Five strikers for new Manchester United manager David Moyes to look out for if Wayne Rooney leaves the club this summer. 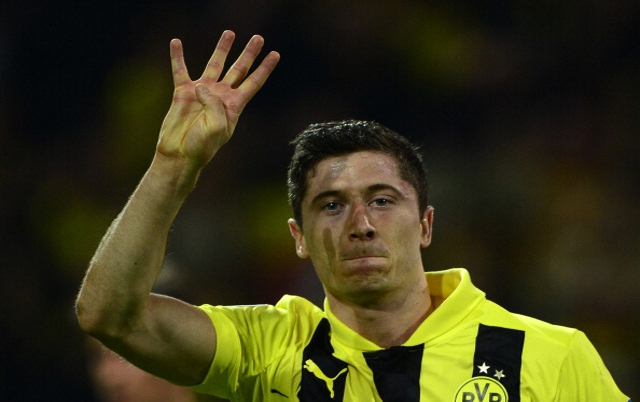 The Polish striker has really caught the eye this season, with 23 goals in the Bundesliga and 10 in the Champions League to help guide Borussia Dortmund to a final showdown against rivals Bayern Munich. A stunning four-goal haul against Real Madrid in the semi-finals has truly shown his ability to perform on the biggest stage, and that he could surely cope with the pressure of pulling on the famous red shirt.

The 24-year-old was targeted by Sir Alex Ferguson last summer before he opted for Robin van Persie from Arsenal, but David Moyes is understood to be keen on Lewandowski to play alongside the Dutchman at Old Trafford next year. Chelsea have also been linked with the free-scoring Pole, but Bayern Munich are currently understood to be leading the race to his signature, much to the annoyance of Dortmund. Due to their reluctance to sell to their rivals, Moyes would be wise to push a deal through as he could even get him on the cheap.