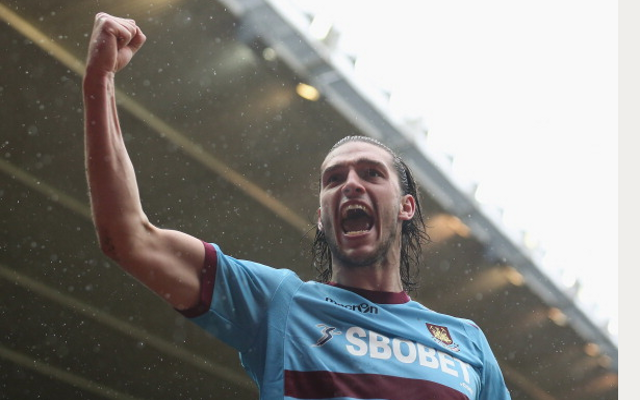 Liverpool striker Andy Carroll is understood to favour a return to his former club Newcastle this summer, and is prepared to take a pay-cut to do so, according to the Sunday Mirror.

The 24-year-old, currently coming up to the end of a season-long loan at West Ham, has flopped since moving from Newcastle to Liverpool for a massive £35million, and hopes a return to his old club can rekindle the kind of form that saw the Reds fork out that kind of money for him.

This would come as a welcome boost to Newcastle, who may be set to lose a whole host of star players at the end of the season, after a disappointing campaign in which they unexpectedly found themselves in a relegation fight.

Having fought for a top four place last year, several big names such as Yohan Cabaye, Hatem Ben Arfa and Tim Krul are said to be disappointed with how things have gone for the club, and are not short of potential suitors elsewhere.

The Magpies are still not safe from the drop with two games to go, but they will struggle to keep their best players even if they don’t go down.

Carroll’s return would hinge on his boyhood club’s survival in the Premier League, with West Ham still keen to bring the England striker to Upton Park on a permanent deal.