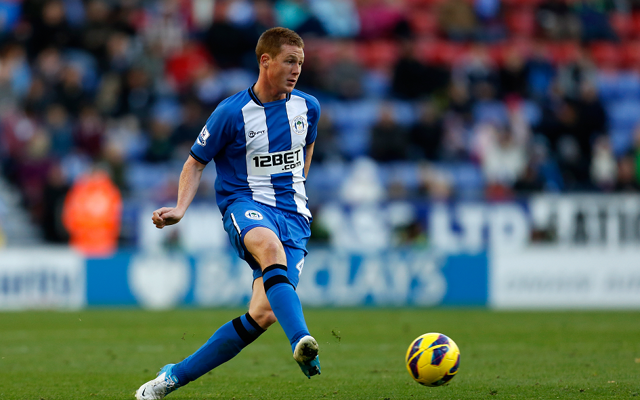 Tottenham are looking to Wigan Athletic’s James McCarthy to shore up their midfield next season, according to the Sunday Mirror.

The 22-year-old celebrated a shock victory in the FA Cup final over Manchester City yesterday, and has been one of the stand-out performers for Wigan this season, despite their relegation worries.

Chelsea have previously shown an interest in the Irishman, and now Spurs are said to see him as an ideal candidate to replace the ageing Scott Parker and the injury-prone Sandro at the heart of their midfield.

A bid of £10million should be enough to sign McCarthy, who will almost certainly look to leave the DW Stadium at the end of the season, even if the club manage to secure Premier League survival.

Spurs are also said to be eyeing further changes to their midfield, with the pursuit of exciting Blackpool youngster Thomas Ince, who could sign as Aaron Lennon is moved on by the club.