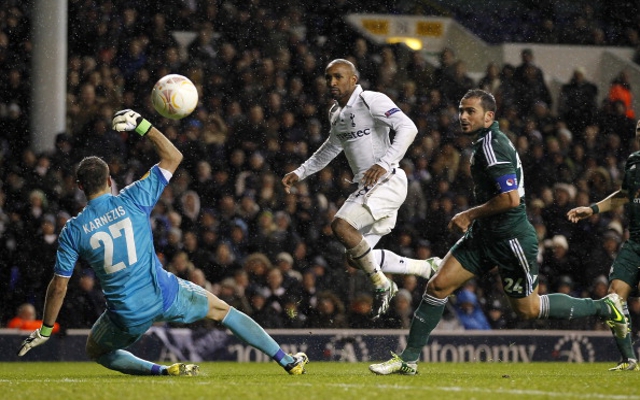 West Ham may turn to former player in their search for a new striker.

West Ham manager Sam Allardyce is understood to be considering an audacious attempt to bring former striker Jermain Defoe back to the club from Tottenham this summer.

The 30-year-old started his long Premier League career with West Ham as a youngster, before joining Spurs for £7million in 2004. He was one of the most highly rated young English players at the time, though his career has been marked with inconsistency.

The striker has scored 11 league goals at White Hart Lane this season, but has had a recent dry spell in front of goal, leading to Spurs manager Andre Villas-Boas looking at several strikers in the transfer market, in a bid to aid the team’s over-reliance on Gareth Bale for goals.

The likes of Barcelona’s David Villa and Aston Villa’s Christian Benteke have been linked with the club to aid their goalscoring problems, as Emmanuel Adebayor has also had a poor season, scoring just four times in the league. The Togolese forward has been linked with a move to Monaco.

With changes likely to be made upfront by Villas-Boas, West Ham feel they may be able to land Defoe on the cheap, and give themselves a timely boost as it seems unlikely that they will be able to keep loan-star Andy Carroll on a permanent deal.

The move will be a controversial one though, as Defoe has frequently been booed on his returns to Upton Park. His departure left a sour taste with Hammers fans, and he may not be welcomed back with open arms, despite the quality he would add to the team’s strike force.

However, Allardyce has identified Defoe as a good alternative to Carroll, who seems set on a return to former club Newcastle when his loan deal expires. He would also be far cheaper than Carroll, who may command a fee of close to £20million due to Liverpool being keen to make a decent return on the £35million they spent on him in 2011.

Stoke City’s Peter Crouch has also been linked with West Ham, and Allardyce could look to both Crouch and Defoe to form a new-look partnership upfront for his side next season. The pair have played together before, as both had a spell at Portsmouth between 2007 and 2009.

Defoe scored 41 goals in 105 appearances in his first spell at Upton Park, and will look to get his career back on track at his old club. He could become the second player to make a high-profile return to the Hammers, as Joe Cole also rejoined the club this season after spending most of his career at Chelsea, the club he joined after leaving West Ham as a youngster.

Defoe and Cole make up a number of products from West Ham’s youth team who have gone on to enjoy successful careers in the Premier League, along with Manchester United duo Rio Ferdinand and Michael Carrick, and Chelsea’s Frank Lampard.