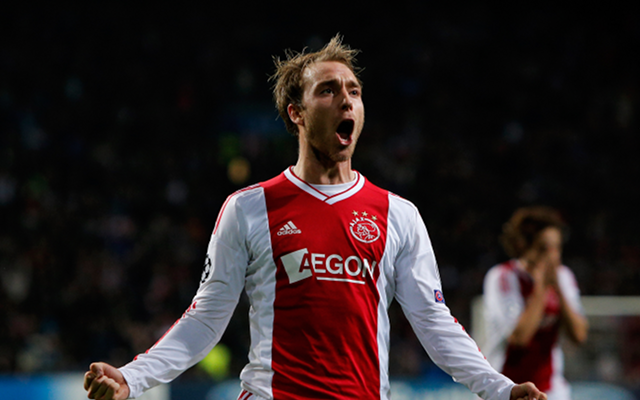 The 21-year-old has been on one the hottest stars in Europe this year with a number of clubs lining up to take him away from Amsterdam and with just a year remaining on his current deal Ajax have decided to cash in on him now rather than risk losing him for nothing next summer.

Liverpool had thought to be close to agreeing a deal to land his signature but the Danish international has admitted that talks have begun with Borussia Dortmund.

“Dortmund are a club where I would like to play,” he said. “I think I would be a good fit there with the football there.”

“Dortmund play nice, attacking football. The Bundesliga has never really been my preferred choice and a few years ago I would not even have considered it, but now I do.”

“The competition is getting stronger and it is no coincidence the two Champions League finalists are German clubs.”

“I know there has been contact between the two clubs, and both Ajax and Dortmund have already talked to my agent.”

“I will consider all the clubs and quietly make a decision. I want clarity when preparing for the new season, that’s the best thing – for everyone.”