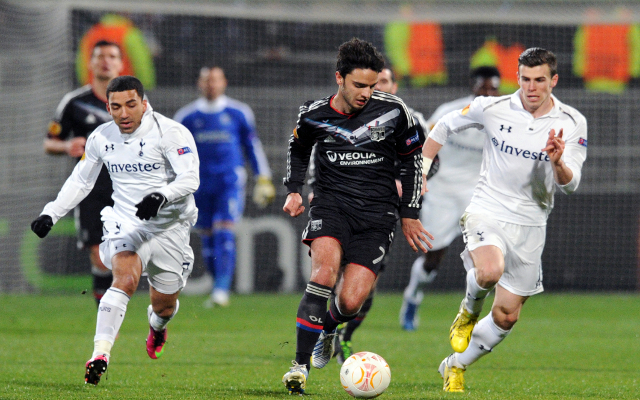 Emirates Stadium side look to make most of Lyon’s well documented financial woes.

Arsenal are reportedly closing on a deal to sign Lille duo Maxime Gonalons and Clement Grenier according to French source Le10Sport.

The cash-strapped Ligue 1 side will need to sell a player or two to balance the books and this source claims that Arsenal are to bid €20m (£16.9m) for the French pair and that such an offer may be aided by the close relationship between Arsene Wenger and Lyon boss Remi Garde, the former Arsenal bit-part player.

The Gunners are in need of a defensive midfield presence having not replaced Alex Song since his move to Barcelona last summer and that could explain Wenger’s interest in Lyon captain Maxime Gonalons. The 24 year old is a regular in the French national team set-up and may well be tempted by a move to the Emirates Stadium having represented his hometown club since the age of ten.

22 year old Grenier is an adaptable attacking midfielder who has also come through the Lyon ranks. The intelligent flair player is an excellent set-piece specialist and is currently on the fringes of Didier Deschamps national team and still to win a full senior cap and probably more than aware that a move to Arsenal could well aid in that department.

Wenger is reportedly set for a hefty transfer fund and given Lyon’s well documented financial problems, stemming from years of overspending and leading to the sales of a number of high-profile players, most recently Hugo Lloris, Aly Cissokho and Kim Kallstrom leaving last summer, so the North London club’s offer may well tempt owner Jean-Michel Aulas to sell.