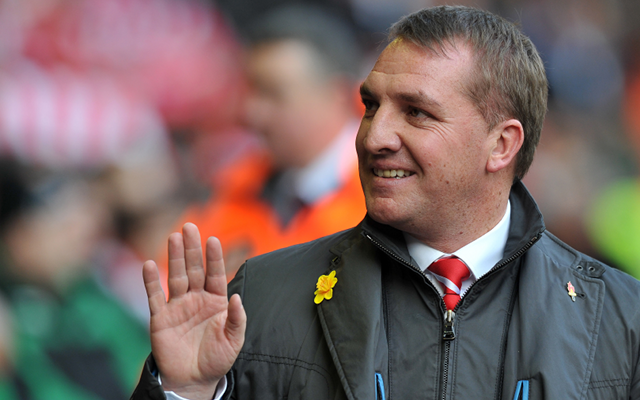 Liverpool manager Brendan Rodgers believes his side can have a better season next year and push for a place in the Premier League’s top four, according to Sky Sports.

With one game to go, Liverpool are guaranteed a seventh place finish this season, one better than last year, but Rodgers hopes the club will move forward next season.

Speaking after the Reds beat Fulham 3-1 at Craven Cottage, stretching their unbeaten run to seven games, Rodgers believes his plans for the side are coming together, and that a good summer in the transfer market could make for an exciting year next season.

“I think we can have an exciting season next year,” said the former Swansea boss.

“We can build towards that but we need more depth, we need some more (players) in the summer.

“If we can do that we will be looking to make a real sustainable challenge next year for the top four.”

Liverpool have had to finish the season without top-scorer Luis Suarez, who has been banned for ten games for a controversial bite on Chelsea’s Branislav Ivanovic. Rodgers will also have to cope without his star player for the start of the next campaign.

The Northern Irishman has been linked with a number of strikers as a result, and someone to take the burden off Suarez would be a useful acquisition for the club if they are to climb the table next season.