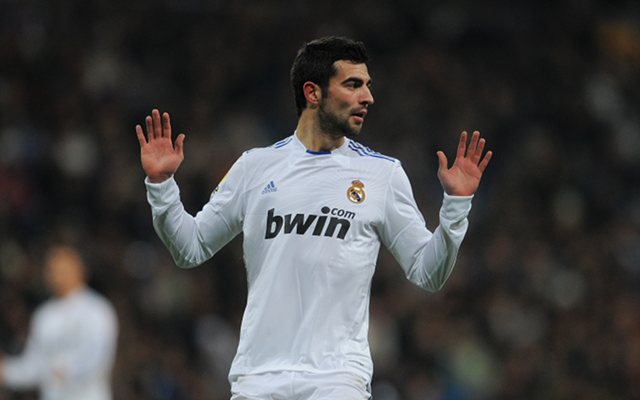 Liverpool are reportedly lining up a move for Real Madrid defender Raul Albiol as a replacement for Jamie Carragher who will retire at the end of the season, according to The Express.

Reds boss Brendan Rodgers has admitted that he is worried over who will fill the 35-year-old’s boots next season and have ran the rule over a number of potential new signings, including Rodgers’ former player Ashley Williams of Swansea, but he is largely thought to be heading to Arsenal this summer

However, reports from Spain today claim that Real Madrid centre back Raul Albiol has emerged as a potential target having fallen out of favour with Jose Mourinho and managing just 15 starts this season.

The 27-year-old is eager to get back into contention for the Spanish national side ahead of next year’s World Cup and is said to be considering a move to ensure that he he secures a seat on the plane to Brazil.

Albiol impressed in this weekend’s 1-1 draw with Espanyol and Liverpool are thought to be weighing up their options as to whether they see him as a suitable replacement for Jamie Carragher.

Carragher will draw the curtain on his 16-year career after the club’s upcoming season ender against already relegated QPR.