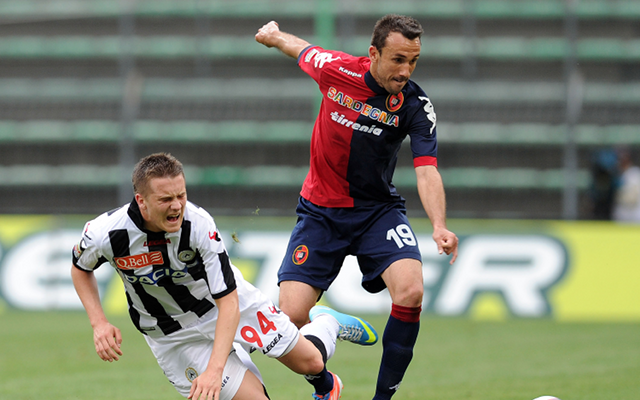 Giants set to battle it out for youngster’s signature.

Manchester City and Manchester United are set to battle it out for the signature of Udinese’s Piotr Zielinski, according to talkSPORT.

The pair fought it out to land Robin Van Persie last summer and are set to go at it again this year for the 18-year-old midfielder.

The Polish under-21 international only made his first start for the Serie A side this season, making his debut in a 4-1 win over Cagliari when he came on as a late substitute for veteran striker Antonio Di Natale.

He has since gone on to make just nine appearances for the first team, creating two assists in the process but has spent the bulk of the campaign on loan with the club’s development side, Udinese Primavera, where he has bagged seven goals in 15 games.

Zielinski, a native of Zabkowice Slaskie in Poland, has turned out for his country at various youth levels and has recently made the step up to the under-21’s. He will be expected to make the full squad soon if he continues to progress at the current rate and is tipped, both in his homeland and in Italy, for a big future in the game.

Reports in Italy have suggested that United and City have sent scouts to watch him several times and are expected to gage in a fresh bidding war at the end of the season.