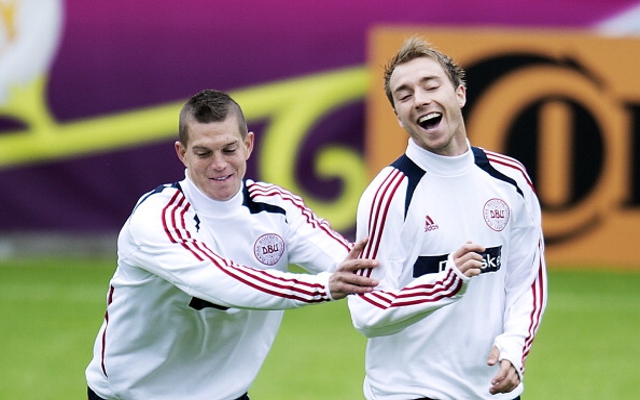 Reds defender wants compatriot to join him on Merseyside.

Liverpool defender Daniel Agger has spoken of his desire for Ajax midfielder Christian Eriksen to join him at the club as he looks set to leave the Dutch giants this summer, Sky Sports reports.

The pair are frequent teammates for the Danish national team and the 21-year-old Eriksen has been heavily linked with a move to Liverpool this summer despite him expressing his admiration for Borussia Dortmund and claiming that the wheels have been set in motion for a deal to take him to Germany.

However, Agger has expressed his hopes that a deal can still be struck to bring him to Liverpool and he would relish the chance to play alongside him if given the opportunity.

“We want to play attacking football with the ball on the ground and that is exactly what Christian Eriksen is all about. That is the kind of player we need,” he said.

It all depends on which team he plays for.”

“If he plays for a team who want to keep the ball on the ground, then the answer is yes – due to his passing, his runs and his hard work.”

“He has to do what he believes is best and no-one else but him should decide his future. You must never listen to anyone else other than yourself.”