The Metro reported as far back as March on an apparently agreed deal that would see Montenegro international Jovetic join the Gunners this summer.

Subsequent speculation has only heightened speculation that the 23 year old would put pen to paper on a £100k a week four year deal, making him one of Arsenal’s big earners. A move for the Serie A striker will apparently cost Arsenal around £20m, though Fiorentina are said to be keen to haggle towards £25m.

Jovetic has scored 12 Serie A goals thus far this season but has managed just one in his last ten top tier appearances, which could suggest that his mind has been on other matters. Vincenzo Montella already has a replacement for the youngster with Giuseppe Rossi ready to fill the potential void. 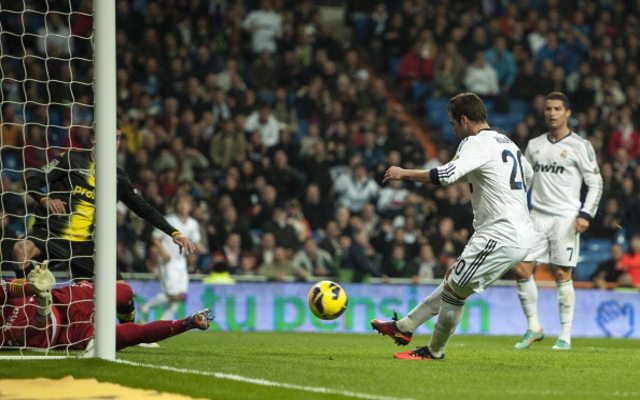 The North London club will stump up €22m (£18.6m) for the 25 year old and the Bernabeu striker has agreed terms on a five year contract with the Emirates Stadium side and therefore one would imagine this deal is all but done, at least according to this source.

Thus far this season the former River Plate man has been handed just 17 La Liga starts but has still managed to net 14 goals in Spain’s top tier. The French born striker moved to Real Madrid in December 2006 and has racked up 119 goals in 262 appearances for the Spanish giants.

Moves to bring in the pair would appear to leave the likes of Nicklas Bendtner, Park Chu-Young, Marouane Chamakh and potentially even Gervinho and Lukas Podolski wondering about their respective Arsenal careers.