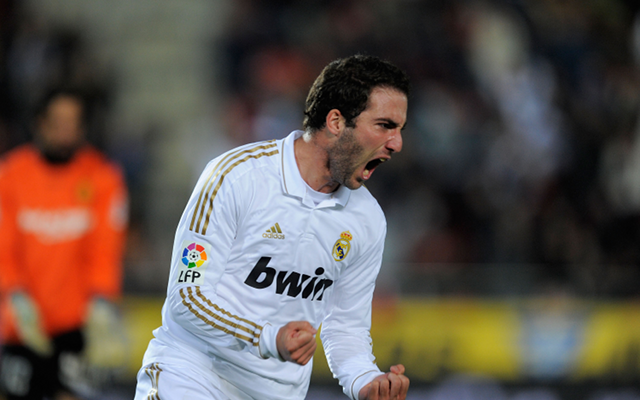 Arsenal have reportedly already made their first signing ahead of next season by agreeing a deal to bring Real Madrid forward Gonzalo Higuain to the club, according to The Express.

The 25-year-old is one of the more high profile players that the club are planning to move on ahead of a proposed squad revamp this summer and had attracted the interest of a number of Premier League sides such as Manchester City, Liverpool and Spurs.

However, it is Arsenal who are believed to have won the race after being handed a £70 million transfer treasure chest this summer and have made their first signing by splashing out £18.7 million of that money on the Argentine international.

Spanish newspaper Sport broke the news today and confirmed that the deal between the two clubs is “solid,” meaning that all that’s left to be done is wait until the window reopens for the move to be completed.

Arsenal are still hoping to replace the void left by Robin Van Persie last summer and have identified the Madrid striker as the ideal man to do so after Lukas Podolski has failed to set the league alight this term.

Higuain has managed to score 16 goals 36 appearances this season despite being in and out of the side for the most part.