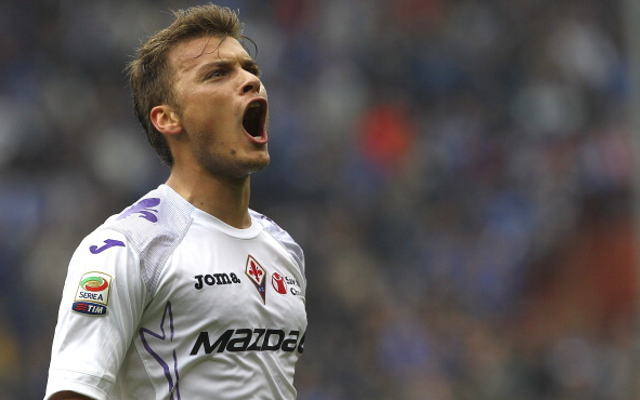 Chelsea are reportedly keeping a close eye on Fiorentina attacker Adem Ljajic as he appears to be angling for a possible exit from the Stadio Artemi Franchi side according to Sky Sports Italia.

The Stamford Bridge side are said to be monitoring contract talks between the young Serbian and Fiorentina, with the 21 year old seemingly considering his option with his current deal having just over a year to run.

Ljajic has had his issues with Fiorentina in the past, most famously being physically attacked by former boss Delio Rossi after he sarcastically applauded the manager after he was subbed.

However the former Partizan Belgrade has matured of late and has become a pivotal member of Vincenzo Montella’s side, who are chasing a Champions League berth. Ljajic has provided eight assists and scored eight goals in 27 Serie A appearances thus far this season and is widely considered one of the most talented youngsters of his generation.

The style of play Ljajic would offer Chelsea would perhaps fit in ideally with the likes of Eden Hazard, Oscar and Juan Mata and clearly his age fits Roman Abramovich’s youthful transfer policy.

Ljajic is into his fourth season at Fiorentina and may well be tempted by a move to the Premier League, especially if team-mate Stevan Jovetic were to leave this summer, with apparent interest in the Montenegrin coming from a number of prospective suitors.