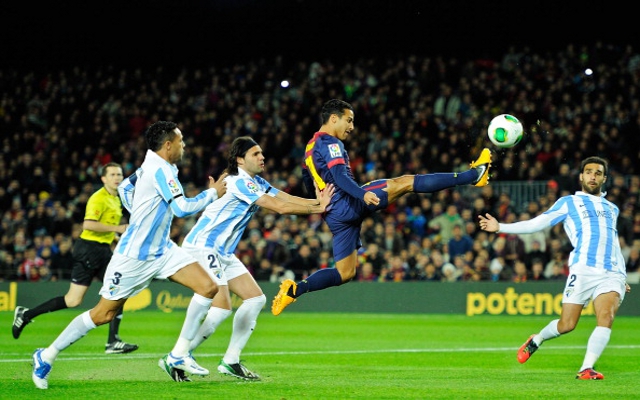 Old Trafford side ready to rekindle interest in young ace.

Manchester United are reportedly set to rekindle their interest in Barcelona midfielder Thiago Alcantara, according to talkSPORT.

The Premier League giants have been fans of 22-year-old since 2011 and have tried to sign him on two separate occasions but Barca have always relented.

However, they are now said to be reconsidering their stance and will be willing to listen to offers ahead of a summer rebuilding process.

United are expecting a busy time in the transfer market themselves and new boss David Moyes could be set for a scramble for the Italian-born Spanish international.

Incoming Bayern Munich manager Pep Guardiola, who gave Alcantara his debut with the Catalan giants, is also said to be interested in reuniting with his former charge and is reported to be ready to offer him a route to Germany.

United will be the keener of the two, though, as they are stepping up their search for a replacement for the retiring Paul Scholes.

Alcantara made his breakthrough into the Barcelona first team in 2009 and has gone on to make 98 appearances since, scoring 11 goals.

He has been used sparingly this term, making just 24 league appearances and is expected to be one of the names on the chopping block this summer.