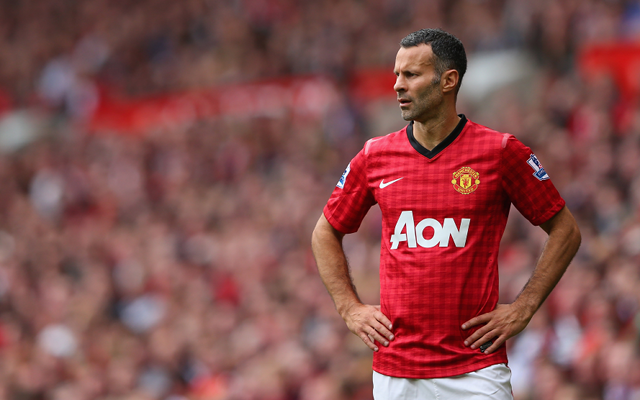 Veteran Manchester United midfielder Ryan Giggs will be asked to play on for one more year before taking a role on the club’s coaching staff, the Daily Mirror reports.

New manager David Moyes wants the Welshman to help him make the club’s transition into life without Alex Ferguson slightly easier by using his experience and popularity in the dressing room to guide through young and new players.

Giggs, who turns 40 in November, made his debut in 1990 and has made nearly 1000 appearances for United whilst collecting a whole treasure trove of honours to become one of the most decorated players ever, and Moyes hopes to add that experience to his backroom staff.

He had signed on to play just one more season with United but is largely expected to play a peripheral role as he makes his own transition into coaching. He is reported to be close to completing his coaching badges now and will attempt to win a fourteenth league winners medal before finally hanging up his boots.

“I wanted to do that and prepare myself as best I can, if I do go into coaching or I do go into management, when I’m finished.”

“I’ve done that while I’m playing, which at times can be tough, doing homework and going on courses while you’re still playing, or doing coaching sessions after training.”

“I’ve enjoyed it and it’s probably the natural progression. Whether I’ll do it straight away or take a bit of time off when I finish, I don’t know.”

“But at the moment I’m just enjoying my football and preparing myself as best I can for when I finish.”