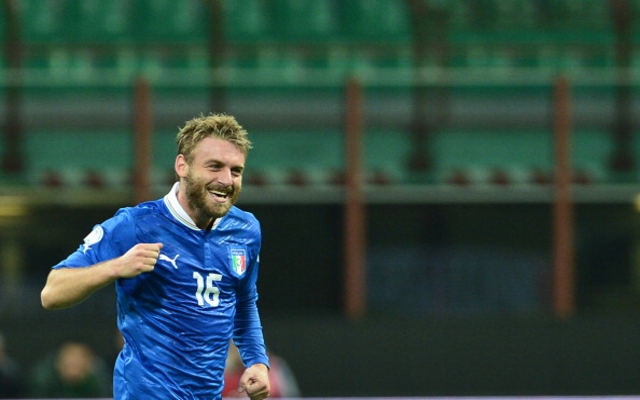 La Gazzetta dello Sport claim that Chelsea are considering making a bid for Roma’s Daniele De Rossi, who has also been a long-time target for Manchester City.

The 29-year-old midfielder has spent his entire career with Roma, and is said to have rejected an offer to join City last season. However, Chelsea are keen to try to lure the Italian international to England again, as they search for a new midfielder to strengthen their squad for next season.

The Blues currently have John Obi Mikel and Ramires playing in their deeper midfield roles, but would like more of an all-rounder like De Rossi to compete for a place in that position, as they do not expect to keep Michael Essien, who previously played there, due to his recent trouble with injuries.

Manchester City, meanwhile, have turned their attention to Shakhtar Donetsk midfielder Fernandinho to fulfill that role in their side, and may be more inclined in general to look at players from La Liga now, with Malaga manager Manuel Pellegrini rumoured to be taking over from the recently-sacked Italian Roberto Mancini.

De Rossi would cost around £12million, a cheaper option than Real Madrid’s Sami Khedira, whom they have also looked at.