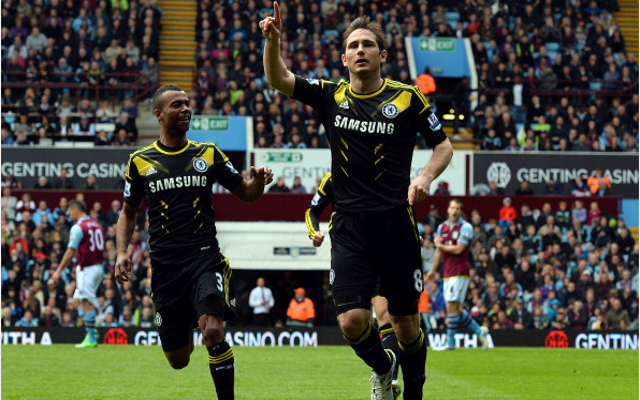 Chelsea have today confirmed that Frank Lampard has signed a new one year contract extension via their official website.

The 34 year old’s current deal was set to run out this summer and speculation had been rife about the England international’s future but the West London side clearly saw the value of keeping hold of the club’s all time record goal-scorer.

‘Frank has been an important player for Chelsea Football Club for a long time and has played a significant part in the club’s success.

‘We have been talking to him since the end of last year and our discussions have been entirely positive throughout. We are delighted we are now announcing an extension to his contract which will keep him at the club until 2014.’

Lampard has been in excellent form since Rafa Benitez’s arrival at the club and is Chelsea’s leading Premier League goal-scorer and has netted 17 in all competitions, helping the midfield past Bobby Tambling’s long standing goal-scoring record.

Lampard helped his side to a Europa League triumph last night and is said to be ecstatic about agreeing a new deal, stating:

‘I’m absolutely delighted. Everybody knows I always maintained the dream was to stay at Chelsea. We’ve been talking for ages and even though it went on for quite a period it was always amicable.

‘I want to thank Mr Abramovich for everything he’s done in making the dream a reality. I love this club, the staff, the players and especially the supporters, who have treated me fantastically since the day I arrived.

‘The thought of helping the club to more success in the forthcoming years is all I ever wanted. I couldn’t be happier.’