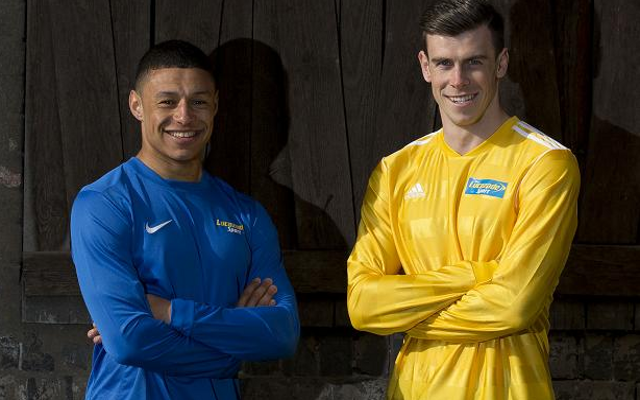 Lucozade Sport has released their latest video ‘The Ringers’ featuring a 5-a-side powerleague match in brand the new 3G pitches in East London between Dynamo Samba vs FC Atholl – Although with this was a game with a twist.

To the surprise of the players on the pitch, a mysterious figure turned up in a padded coat revealing Spur’s top goal scorer, Gareth Bale appearing in the rival team’s kit. In another unlikely appearance, Arsenal’s Oxlade-Chamberlain stole the show by displaying why he is one of Arsenal’s hottest young prospects.

Head to head with each other, you could see the friendly rivalry had deep roots with both light-heartily trying to outwit each other, with
Bale showing off his well-known free kick technique and Oxlade-Chamberlain gloating using Bale’s signature heart celebration.

Both players seem to have enjoyed themselves, interacting with fans and signing shirts. You could only imagine what was going through the other players mind, being on the pitch with two of the hottest players in the Premier League!

Check out the video below