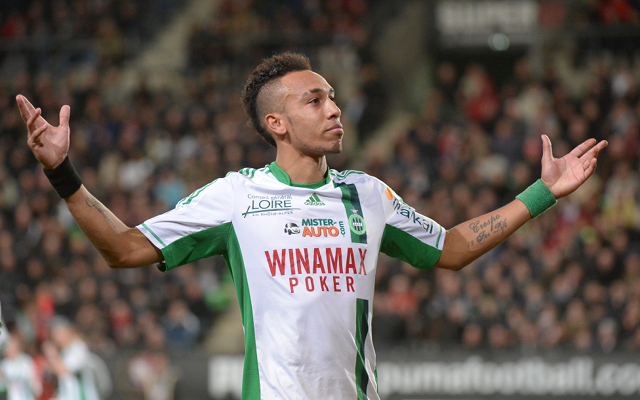 St Etienne forward hopes to play for Real one day.

Check in to AS Saint Etienne vs Marseille

St Etienne striker Pierre-Emerick Aubameyang has revealed that he hopes to pull on the white shirt of Real Madrid despite extended interest in his services from the Premier League, The Express reports.

The 23-year-old has been in dynamic form this season, bagging 20 goals 37 games for the club and has been strongly linked with the likes of Arsenal, Spurs, Newcastle United and Russian side Rubin Kazan.

Spurs had been frontrunners to land his signature and they were believed to have a clear path after reports suggested that Real forward Gonzalo Higuain had agreed a deal to join Arsenal.

However, Spurs may be set to be spurned by the Spanish giants after the Gabonese international admitted that he holds hopes for playing for them.

“I cannot fail with my decision, whatever I decide to do will not be a mistake,” Aubameyang told France 24.

“The reflection will be long and I want to negotiate with the club that offers the best for me in every way. My dream is to one day play for Real Madrid.”

Aubameyang began his career with AC Milan but after failing to make the grade there he moved to France where he turned out for the likes of Dijon, Lille and Monaco before joining Les Verts in 2011.