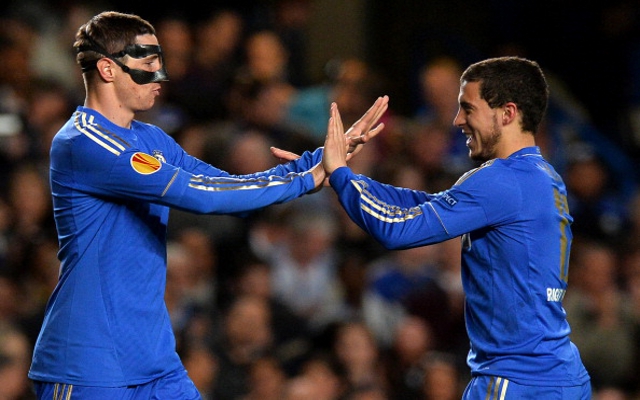 Serie A giants prepare for life after Jovetic.

Italian giants Fiorentina are lining up one of two targets from the Premier League should prized asset Stevan Jovetic leave the club this summer, according to talkSPORT.

The Montenegrin forward has been strongly linked with a £20 million move to Arsenal when the transfer window reopens and the Tuscan side are already planning on using the money they receive to bolster their attack.

Reports in Italy suggest that Chelsea striker Fernando Torres and Manchester City’s Edin Dzeko are high on their radar.

Chelsea paid £50 million for Torres in January 2011 whilst Dzeko joined City from German club Wolfsburg for £27 million later that same month but both have famously failed to settle in since their big money moves and have been tipped to move on this summer.

Dzeko has struggled to get a regular run of games in Manchester and has started only 39 Premier League games in his two-and-a-bit years with the club and has failed to win the trust of now ex-manager Roberto Mancini.

Torres, who has had a rather successful season compared to his previous campaigns in London, still hasn’t managed to reach the highs he achieved at Liverpool, despite adding a Champions League winners medal to his personal trophy cabinet last year.

However, that hasn’t deterred Fiorentina who will have the funds available to land one of the two though they may have to wait for the respective clubs to hire new managers before any decisions can be made.