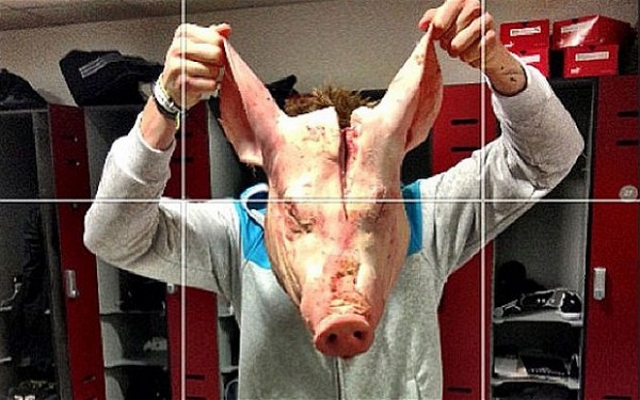 Potters forward reacts to incident by ‘smashing up’ team-mates car.

Stoke City are investigating an incident that occurred at the club’s training ground this afternoon that saw a pig’s head left in the locker of Trinidad and Tobago international Kenwyne Jones according to the BBC.

The Potters released a club statement following the incident stating;

“The Club takes seriously reports of an incident at our Training Ground this afternoon.

“A full internal investigation will be carried out and those responsible for any unacceptable behaviour will be dealt with in accordance with the Club’s disciplinary procedures.”

Whilst clearly finding a pig’s head in your locker would be more than a tad distressing it’s also worth noting that due to Jones’s Rastafarian beliefs such an action is clearly likely to have caused even more alarm for the powerful forward.

Jones is thought to have reacted to the event by smashing Glenn Whelan’s car, with the Irish midfielder believed to be responsible for the original incident.