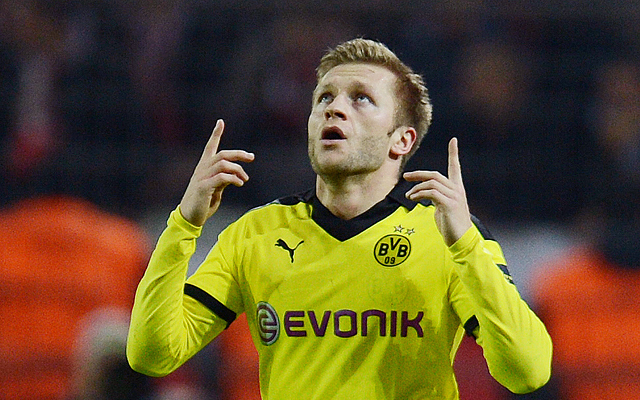 Manchester City have been dealt a serious blow in their chase of Borussia Dortmund wide man Jakub Blaszczykowski, according to The Express.

City, along with Italian giants Juventus, have been tracking the 27-year-old for some time and the Premier League side has thought to be frontrunners to land his signature as they are prepared to pay any price in a bid to add more width to their squad next term.

David Silva hasn’t been able to replicate the good form he displayed last season and the signing of Scott Sinclair has been a spectacular failure following the promise he showed at Swansea.

The club had identified the Polish international as the prefect remedy to their problems and were waiting for the transfer window reopens to activate the £12.7 million buy-out clause installed in his contract.

However, ‘Kuba’ as he is affectionately known in Dortmund has stopped any speculation regarding his future dead in its tracks by pledging his future to the club and claiming that he is happy to stay and see out the remainder of his contract which expires in 2018.

“I have been here for six years now and I’m part of the city and the club,” he said.

“I have grown up as well. I have no fears or worries.”

“The question is where would I feel as good as I do in Dortmund.”