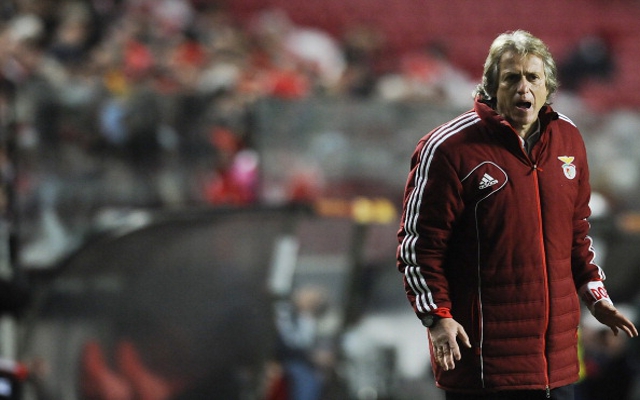 Check in to Benfica vs Moreirense FC

Benfica manager Jorge Jesus has caught the attention of a number of Premier League clubs after his fine work in Portugal, according to Sky Sports.

The 58-year-old has had a long management career at a number of Portuguese clubs, but has gained attention in recent years for his work with Braga and Benfica, guiding the latter to the league title in his first season in charge.

His stylish and entertaining side reached the Europa League final this season, and narrowly lost 2-1 to Chelsea in Amsterdam, losing to a last-minute goal in a game they largely dominated.

His side’s performances, often with technically gifted young players, have put him on the radar of clubs like Chelsea, Manchester City and Everton, all of whom are looking for new managers this summer.

Chelsea look likely to appoint former boss Jose Mourinho when he leaves Real Madrid, and Manchester City seem to be close to agreeing a deal to bring in Malaga’s Manuel Pellegrini, but Everton could consider him a good replacement for David Moyes, who will leave the club at the end of the season to take over from Sir Alex Ferguson at Manchester United.

Roberto Martinez has also been linked with the Everton job, but may now take over from Pellegrini at Malaga.