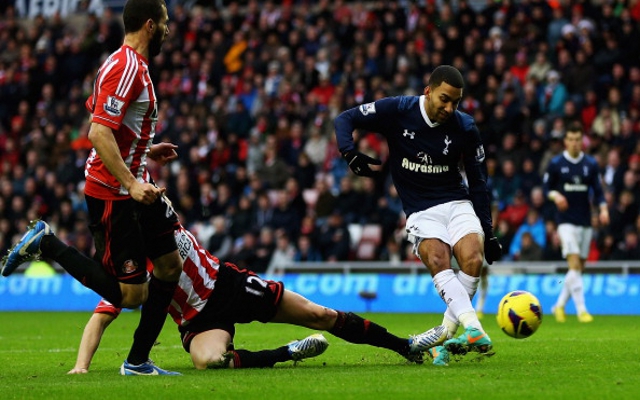 Spurs winger targeted by Serie A side.

Tottenham winger Aaron Lennon has emerged as a surprise target for Serie A side Inter Milan, according to the Daily Mirror.

The 26-year-old has spent most of his career at White Hart Lane since joining from Leeds United as an 18-year-old, but the club may be content to let him leave this summer due to his bit-part role in the team.

Lennon has 4 goals and 6 assists in the Premier League this season, and Spurs manager Andre Villas-Boas may feel he could improve on the flanks and dip into the transfer market this summer. Highly-rated Blackpool winger Tom Ince has been linked with the club, and Andros Townsend will return to White Hart Lane after an impressive loan spell with Queens Park Rangers.

However, Inter are said to be fans of the pacey attacker, and want him as part of their plans to rebuild their squad this summer after a disappointing season in Serie A, where they can now only hope for a finish as high as 8th.

The San Siro side have also been linked with former Spurs man Luka Modric, who may move on after just one season at Real Madrid, where he has failed to reproduce his best form that he showed during his time in North London.