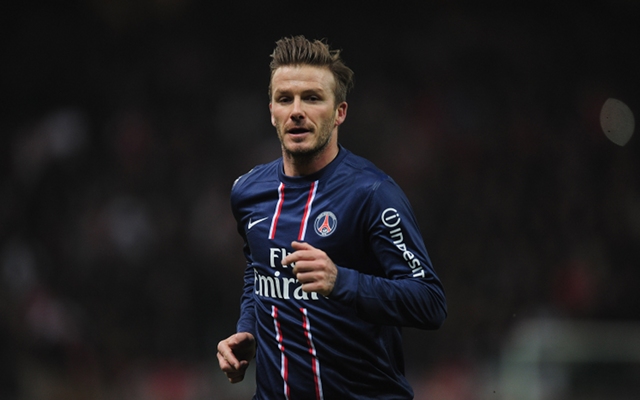 Arsenal manager Arsene Wenger has spoke of his regret at not signing David Beckham following news of the players retirement yesterday, The Express reports.

The 38-year-old former England captain finally hung up his boots yesterday after a successful career that saw him turn out for Manchester United, Real Madrid, LA Galaxy, AC Milan and finally PSG.

But the evergreen Arsenal boss has admitted that he regrets never signing Goldenballs when he had the chance.

“Yes I was (interested in signing him), but it was at the period where we could not afford to pay him,” Wenger said.

“After that it was a question mark as well before he went to (AC) Milan, but he was in a position where we did not really need players.”

“It was always a pleasure to have him here for his attitude and behaviour, he gained respect from everybody through his dedication and commitment.”

“I have a huge respect for his passion for the game, his huge commitment, his mental strengths because he was under a lot of pressure throughout his career, and his dedication. I think that is where he is an example.”

“What remains in your memory is his genuine commitment and dedication, his natural humility which he always had, that will stay forever.”

“You forget sometimes if he has won this championship or that championship, but you never forget how he behaved, and that is a credit to him.”