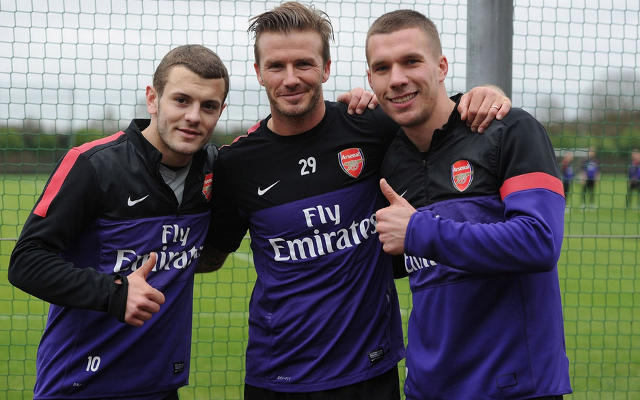 Beckham, now at PSG, will play his final game as a professional this weekend and call time on a glittering career in which he has represented some of the biggest clubs in the world.

The midfielder started his career at Manchester United, before enjoying even more success at the likes of Real Madrid, AC Milan and LA Galaxy, before moving to France’s Ligue 1 this January.

Wilshere has spent some time with Beckham, as he has recently trained with Arsenal to keep up his fitness, and he has been described on Arsenal.com as a ‘perfect role model’ by the 21-year-old.

“For me, he is the biggest English footballer there has ever been – both on and off the pitch,” he said.

“Sometimes people forget what he did on the pitch, he was a great player and he showed that for many years.

“For any young English midfielder, and for me growing up, he was the perfect role model. You can just watch him and learn – not just the way he plays but from his attitude as well, his professionalism and his love for the game. That rubs off on everyone.”

Wilshere is thought to be one of the next big things in English football, after making his breakthrough for Arsenal two seasons ago as an 18-year-old.