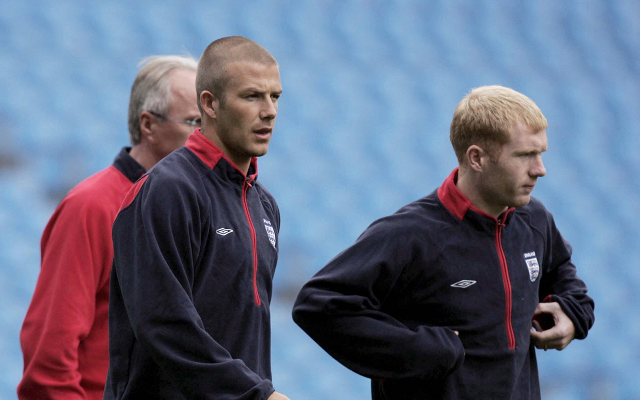 Tribute paid from one ex-United player to another.

Paul Scholes has paid tribute to his former Manchester United and England colleague David Beckham by saying that the news of his retirement is a “sad day,” The Express reports.

The pair came through the youth ranks at Old Trafford together and were a part of the famous ‘class of ’92’ along with Nicky Butt, Gary Neville and his brother Phil who all came to prominence under the tutelage of Sir Alex Ferguson.

Scholes announced his second retirement this season and news of Beckham hanging up his boots signifies another player of a golden generation of Manchester United player, and now a manager, to step away from the field.

“It’s a sad day but hopefully David is happy with what he’s done,” he said.

“From the start you knew the quality he had and the professionalism. His range of passing and his free-kicks were brilliant and that was no accident – he was out there practising all day long.”

“That’s our year finished now. I think there’s only Ryan Giggs, who was a year older than us, still going as strong as ever.”

“The hard work was the catalyst. He never had a lot of pace but in terms of stamina, running and work-rate, he was probably one of the best I’ve worked with.”