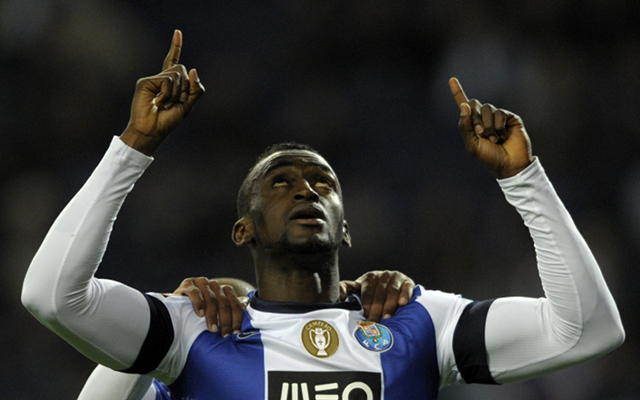 Spanish giants Real Madrid have entered the race to sign Porto forward Jackson Martinez this summer, according to talkSPORT.

The Colombian international has become one of the most sought after players in Europe following interest from Liverpool, Spurs and a strong interest from Manchester United.

All three are in desperate need of a new striker as Luis Suarez is still serving out a 10-game ban, Emmanuel Adebayor has struggled and Wayne Rooney is set for an exit al Old Trafford.

However, it is Real Madrid who are now the frontrunners in the race for the player’s services as they look to revamp their squad ahead of the new campaign.

Martinez joined the Portuguese side last summer from Mexican outfit Jaguares and has bagged 30 goals to help the club win the league title.

Sources in Portugal claim that Martinez caught Real’s eye with his goalscoring exploits as they look to replace outbound Argentinian forward Gonzalo Higauin who is set to join either Arsenal or Juventus who have both been strongly linked with a move for him.

Real have other targets too with the likes of Napoli hitman Edinson Cavani, Manchester City’s Sergio Aguero and Atletico Madrid’s Radamel Falcao, but Martinez is still high on their wanted list.