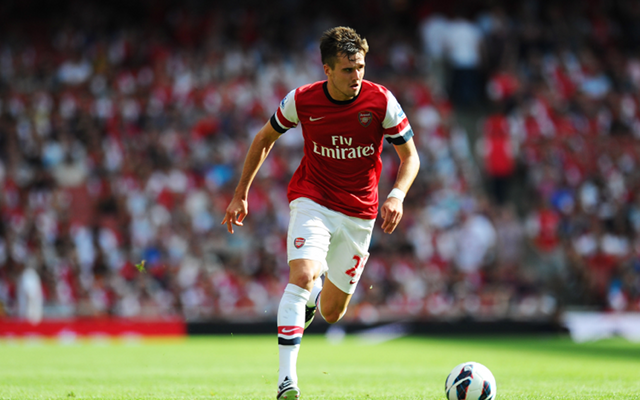 Young full back to take advantage of Sagna situation.

Arsenal full back Carl Jenkinson is hoping to take advantage of Bacary Sagna’s precarious situation at the club to establish himself in the first team next season, Sky Sports reports.

The 21-year-old England international is eyeing a breakthrough next season after being on the periphery of the squad since joining in the club from Charlton Athletic in 2011.

He is hoping the uncertainty over Bacary Sagna’s future will work in his favour as the French international has been on the verge of joining PSG since January, and Russian big spenders Anzhi Makhachkala have also been monitoring his situation.

“Of course it makes me proud to read PSG are interested,” said Sagna, “They are a very attractive club.

“Personally, I’ve not been approached by PSG. I don’t know if they have contacted my agent or if these are rumours.”

“I don’t close any door. I could very well extend my contract here in London but equally I could leave at the end of the season. I only have one year left on my contract – we will see.”

And Jenkinson is hoping that a move will materialise as he looks to become the first choice right back at the club.

“Next season is a big one for me and I want to grab it with both hands,” said Jenkinson.

“I want to be the first-choice right-back at this club and I am not going to stop working until I get there.

“It’s what I want to achieve and after that I want to stay in the position for years to come. I’ve got to work my socks off and keep developing if I want to do it.”