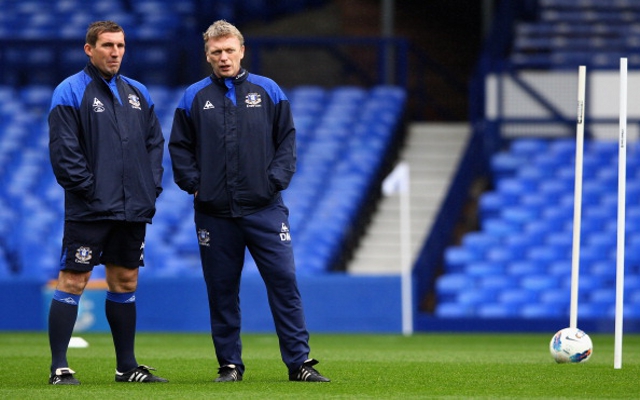 Former Everton defender David Unsworth has backed his old teammate Alan Stubbs to beat the competition to land the vacant managers job at Everton, according to talkSPORT.

Now that the season has ended Everton can commence with their search for the right man to replace David Moyes as he joins Manchester United. They have been linked with the likes of Roberto Martinez, Mark Hughes and Cardiff City boss Malky Mackay, though ex-Toffees stopper Unsworth believes the right candidate is a little closer to home.

“I know there have been a lot of names banded about like Roberto Martinez, Neil Lennon and Malky Mackay but it wouldn’t surprise me if Bill Kenwright employed an internal candidate,” he said.

“It wouldn’t surprise me if he kept it in the boot room, like Liverpool in the 70s and 80s. Alan Stubbs would be a fantastic appointment.”

The 41-year-old Stubbs spent two separate spells at Goodison park between 2001-05 and then again between 2006-08. In 1999 he overcame adversity as he battled, and beat, testicular cancer and after a short spell on the sidelines to have an operation he returned to the side to pick up a league winners medal with the Scottish giants.