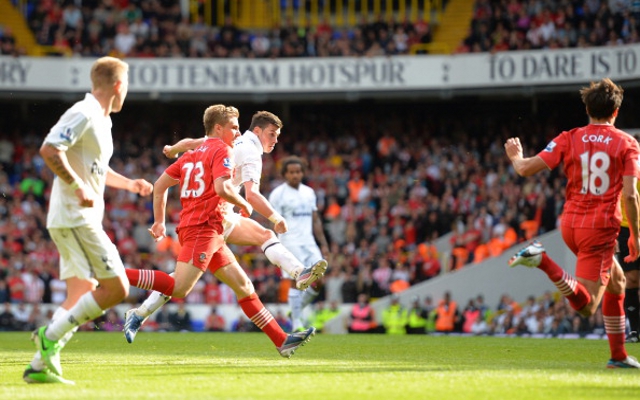 Welsh winger said to have committed future to Spurs.

The London Evening Standard claims that Tottenham will be handed the boost of Gareth Bale signing a new contract with the club.

The 23-year-old has been in sensational form for the North London club this season, and finished the campaign with a wonderful solo strike against Sunderland yesterday, though it wasn’t enough to secure Champions League football at White Hart Lane next year.

It was thought that Bale would be tempted by a move away from the club to be playing at the top level in Europe, with Real Madrid and Manchester United both said to be chasing the Welshman.

However, it now seems that the former Southampton man will stick it out with Tottenham at least for the time being, putting pen to paper on a new bumper contract worth £130,000 a week.

This will come as good news for manager Andre Villas-Boas, who will want to keep his best player in a bid to challenge for the top four again next season, and made keeping Bale a priority over any other signings in this summer’s transfer window.

Real Madrid and United will now turn their attentions elsewhere as they look to add quality attacking players to their lineups next season.