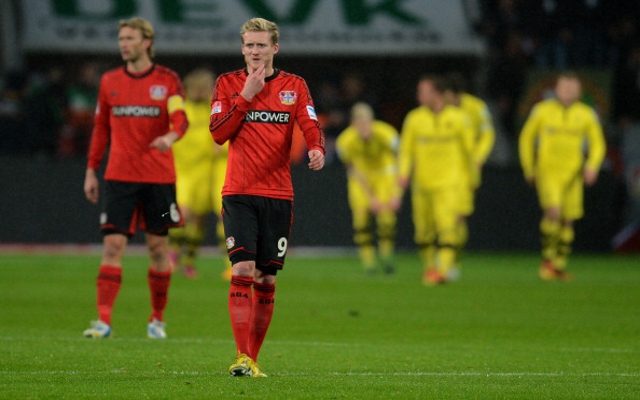 German forward believes deal will be completed in coming weeks.

Bayer Leverkusen forward Andre Schurrle has insisted that he is confident he will sign for Chelsea in the coming weeks according to Sky Sports.

Schurrle has been strongly linked with a move to Stamford Bridge over the last few weeks with reports suggesting that Chelsea were in advanced talks with Bayer Leverkusen over the player’s signature.

Negotiations reportedly hit a stumbling block however when Leverkusen requested that Belgian youngster Kevin De Bruyne be included as part of any deal for Schurrle.

It is being suggested that De Bruyne is not keen on a move to Leverkusen and would instead prefer to move to Bundesliga giants Borussia Dortmund.

But Schurrle insists that certain promises have been made to him over the last few weeks and he remains confident that he has played his last game for Leverkusen.

Schurrle has been in fantastic form for Leverkusen this season, hitting the back of the net on fourteen separate occasions.

Leverkusen Sporting Director Rudi Voller insisted that no deal has been completed with Chelsea for Schurrle but stated that there was no need to panic at this stage. Voller stated it was important for the club to find an alternative to Schurrle for the deal to go through.