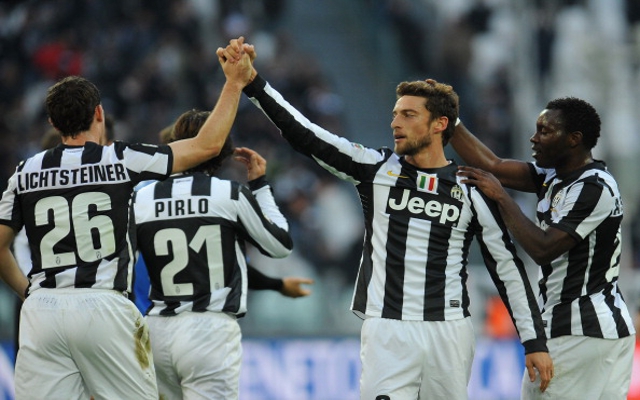 Juventus may be willing to listen to offers from Manchester United for star player Claudio Marchisio this summer, according to the Daily Express.

The Italian international has been identified by Sir Alex Ferguson and now by David Moyes as a good long-term replacement in midfield for the retiring Paul Scholes.

The 27-year-old has been at Juventus for his whole career, and has established himself as a key member of their team, particularly in their recent title-winning seasons.

However, with Juve manager Antonio Conte keen to strengthen his squad this summer to help push for a third consecutive Serie A title as well as progress further in the Champions League, it is thought that he may sign a number of players that would threaten Marchisio’s place in his starting lineup.

The club could then listen to offers from United, who are said to be willing to offer around £30million for the midfielder, as they look to strengthen in that position with Scholes retiring and Anderson possibly leaving.

Marchisio’s Juve team-mate Arturo Vidal has also been linked with a move to Old Trafford, though the Chilean committed his future to the Italian giants.